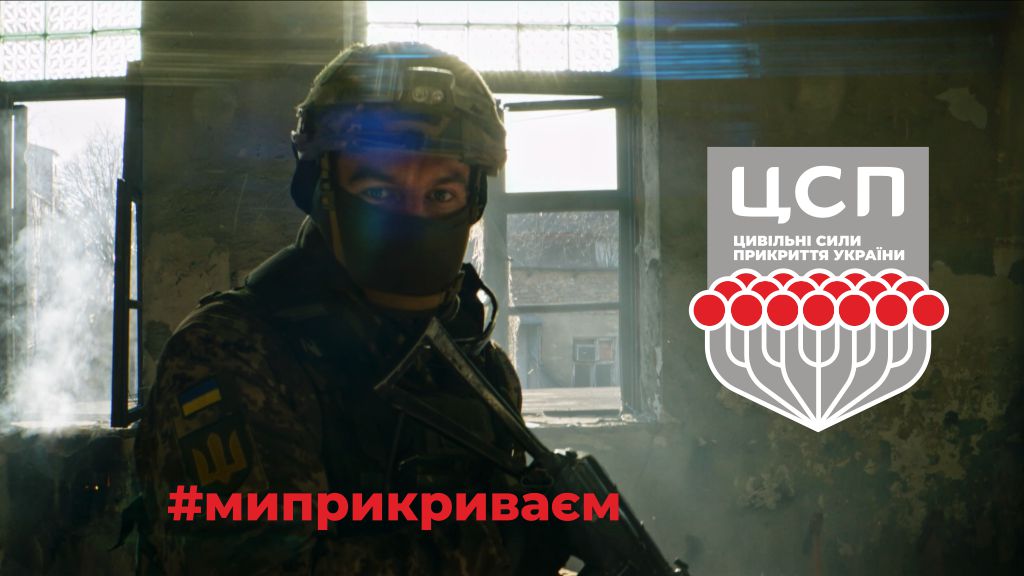 Usually, brands are created for specific organizations. But the brand of the Civil Covering Forces of Ukraine was created to unite all Ukrainian people working for the Victory in the rear.

– a hashtag of a social video and the slogan of all Ukrainians who today serve the state in the rear. Actualizing the participation of civilians in the defense of the state creates a chain of moral support and helps to feel the value of their contribution. Awareness of being part of Ukraine’s largest “unit” – its Civilian Covering Forces – will help lift your spirits and improve morale amid disturbing news, sirens, and general tensions.

Imagine: you are not just a worker in your workplace or “just a volunteer after work”, but a real warrior of the Civilian Covering Forces

The Civilian Covering Forces brand is the agency’s initiative, we created it for all conscious compatriots without exception. After all, they are already an organization numbering in the millions, and its coherence is admirable. Dedication to the common cause, inherent in every Ukrainian and willingness to help, insure and contribute – deserve recognition and encouragement, regardless of profession and role.

The bunch of kalyna, one of the symbols of Ukraine, acquires a new meaning: unity for a common goal. Courage and steadfastness of spirit multiply when we are together. Each in his place, we focus our efforts on help, support, and cover. The image of viburnum, sympathy, and optimism of Ukraine intertwines and strengthens the hero of the video, the collective image of a brave Ukrainian soldier.

The idea and symbolism of the Civilian Covering Forces of Ukraine found a response in the hearts of many Ukrainians, and the social video received more than a million views on Facebook.

We are and continue to be a worthy rear so that our defenders can confidently rely on us and believe that good is not small. We dream that the concept of the SPC of Ukraine will find a response in your hearts and the hashtag #weCover will be spread through information resources, increasing support, and unity.

It would seem that advertising and war are distant things, but today everyone can join professionally, and you already do. Let us continue with faith and pride. Glory to Ukraine!